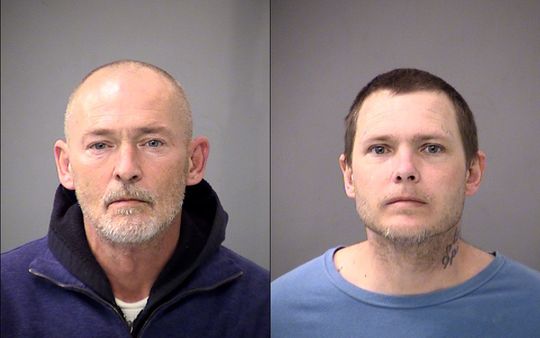 Indianapolis Law Officials declined to press charges today against a man who killed one of three burglars last Thursday night.

According to Indianapolis Metropolitan Police Department (IMPD), A 59-year-old home owner had just sold her home and was planning to close on the deal Friday.

At some point Wednesday, the vacant home was broken into. The thieves took a 59-inch TV and the washer and dryer. The water heater was also drained.

Suspecting that the thieves were planning on returning to further ransack the house, the home owner asked her adult son and his friend to stay at the house on Thursday night.

According to statements given by the son and his friend (unidentified) to IMPD, a dark colored Chevy van pulled into the driveway at around 6:30 in the evening.

Three men exited the vehicle and approached the front door. When one of the intruders began trying to force the door open, the home owner’s son told his friend to dial 911.

When the door opened, the son ordered 38-year-old Rickey Cartmel to leave the property immediately.

Instead, Cartmel continued to advance on the armed defender with “… something large in his hand.”

The son fired, striking Cartmel who stumbled outside and collapsed in the front yard. As the son followed, he spotted one of the other burglars, “…with something in his hand,” and the son fired multiple rounds at him as well.

The son reported to police that he didn’t know whether he’d hit the man but said one of the windows of the van was shattered as it sped away.

The driver of the van, 47-year-old Benjamin Gardner, fled the scene, leaving behind his brother, 40-year-old Kevin Lemaster, who fled on foot.

Detectives on their way to the scene of the shooting, spotted Lemaster, who matched the description provided by the police dispatcher, walking down the road about a mile away and picked him up for questioning. However, he refused to talk with police.

Officers walked the probable escape route used by Lemaster and discovered an airsoft pistol laying in the grass 5 feet from the road.

When police arrived at the home, the son and his friend were waiting for them on the side walk with hands in the air. The 9mm pistol used in the shooting was found laying on the porch where the son said he’d left it.

Littering the front room and porch of the home where multiple casings.

Officers also located the van used in the crime where it was broken down along S. Arlington Ave. It sported multiple bullet holes and one blown out window as the son and his friend had described.

The license plate was registered to Lemaster’s mother and Gardner’s ID and debit cards where found inside the van.

IMPD officers discovered Gardner at the home of the van’s owner. Lacking his brother’s tight lips, he confessed to committing the first burglary and said he’d returned to the home with Lemaster and his roommate, Cartmel, to steal the water heater.

Both brothers were charged with two counts of burglary, and one count of felony murder because  Indiana law allows murder charges to be filed against criminals when someone dies during the commission of their crime. Whether or not they are the ones who actually pull the trigger.

Michael Leffler, a spokesman for the Marion County prosecutor’s office, said in an email to IndyStar:

“No criminal charges will be filed against the shooter in this incident. The investigation determined the shooter was acting in justifiable self-defense.”

Leffler went on to explain Indiana’s Stand Your Ground Law:

“A person is justified in using reasonable force against any other person to protect the person or a third person from what the person reasonably believes to be the imminent use of unlawful force.

Good home defense is no accident. It starts with mindset and includes planning and proper training. Find out how to do this by clicking here for a guide to Complete Home Defense – Tactics For Defending Your Castle.

What do you think of this home invasion? Leave a comment on your thoughts down below to let us know.