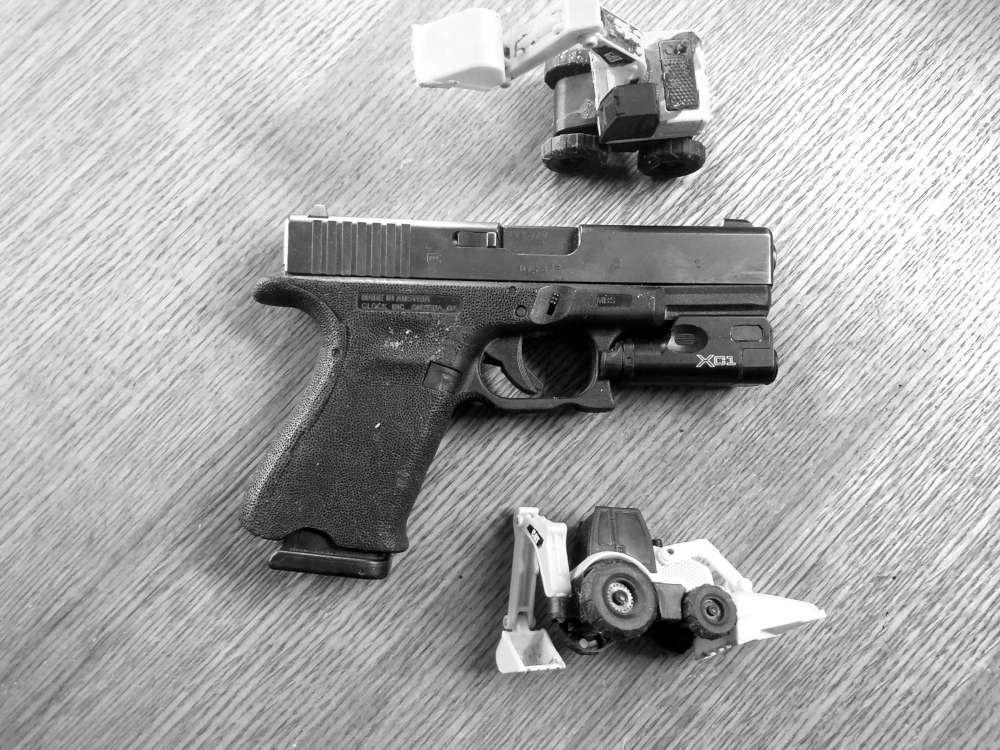 An Indiana State Trooper was shot by his 11-year-old son on Feb. 22 with his own .45 caliber duty weapon.

The boy’s mother told investigators that she and her husband, Matt Makowski, were asleep when she heard a loud “gong” noise. Then her husband started screaming.

After finding her husband bleeding from the wound in his buttocks, she hurried to the bedroom door where she found the pistol lying on the floor just outside the door.

While on the phone with 911, she secured the weapon and reported witnessing her son walking up the stairs towards her with a bb gun in one hand and the TASER in the other.

She quickly closed the bedroom, locked it, and awaited the arrival of police.

When officers arrived, the deadbolted front door prevented them from accessing the home. The boy yelled:

“Do you want me to open the door?”

Officers replied that they did, and then instructed him to lie on the floor. The boy complied and was taken into custody without incident.

Makowski’s son wasn’t bashful in revealing his motives. He told police, he’d taken the weapon and TASER from his fathers locked police vehicle parked outside the home because he was angry his video games had been removed from the home by his parents.

He then tested the TASER on the family dog before heading to his parent’s bedroom. The 11-year-old boy said he’d wanted to shoot his father in the head, but waited about “ten minutes” for him to roll over because then,

But because of the way his father laid after rolling over, the only target available was his father’s buttocks.

Seemingly unperturbed by the traumatic events, court documents reveal Makowski’s son had some demands and a warning for detectives. Saying he wanted a PlayStation, Xbox, and a computer. And,

“… (he was) going to get these simple things or there would be a Part Two.”

St. Joseph County police had been in contact with the boy’s family sometime before the shooting for a “possible battery” case involving an 8-year-old neighbor boy who needed to be treated at the Saint Joseph Regional Hospital emergency room.

His mother described her fifth-grader as having few friends at school, and behavioral problems which worsened after the family got the dog last year in 2018.

She also described a strained relationship between a father and a son who often threatened to harm himself when being disciplined.

When asked by a detective if he was the one who shot his father, the boy replied,

Makowski said he’d kept the pistol locked in his duty vehicle because he didn’t want his children to be able to access the weapons. His son told officers he’d attempted to get the gun three separate times unsuccessfully, with his father catching him once and warning him to stay away.

Keeping your weapons locked up, especially when there are young and/or struggling people living in your home, is critically important as this example proves. It’s takes discipline and commitment to stay on top of it, and a robust safe with a code or combination.

What do you have to keep your guns out of the wrong hands? Let me know in the comments below. Need a new option to store your firearms? Click here for Rifle Safes, and here for Handgun Safes.

Read here for an article by Mathew Maruster on Critical Rules of Home Emergency Firearm Storage.