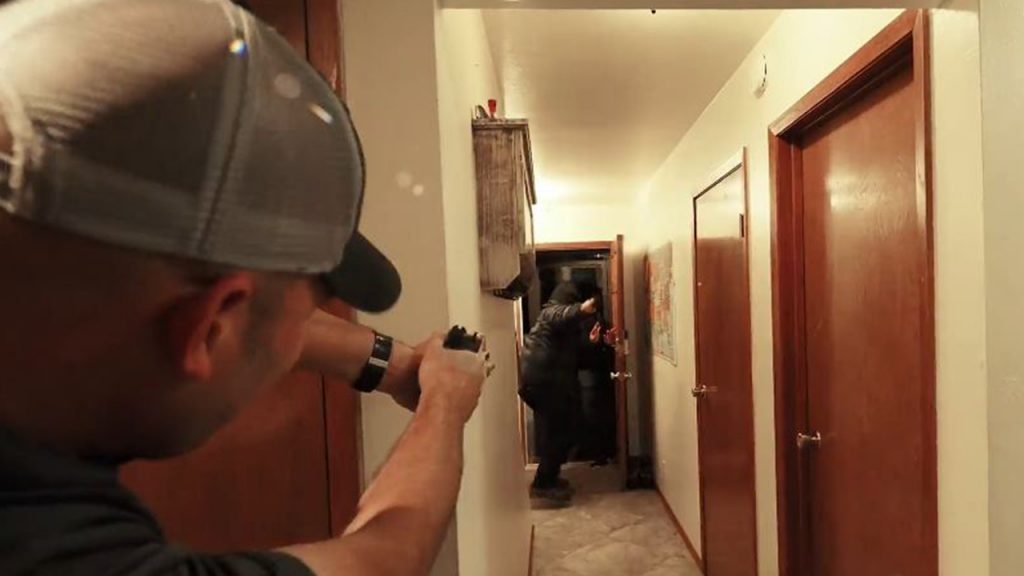 Indianapolis, Indiana – According to Indianapolis Metropolitan Police Department (IMPD), officers were called to a report of two men shot at a home on the 5300 block of Straw Hat Dr. late Sunday evening.

When police arrived at the home, they found two men lying wounded in the front yard of the home. One man was pronounced dead at the scene while the other was taken to Eskenazi Hospital where he remains in critical condition.

Investigators uncovered that one of the men shot was the ex-husband of the woman living in the home and attempted to gain entry with another man, a friend, who accompanied him in his effort to attack his ex-wife.

The intruders attempted to gain access to the home forcibly but were confronted by someone in the home armed with a gun. After a short fight, both men were shot where they tried to force their way in, then collapsed in the front yard where they were found by police.

Police say the couple living in the home with 2 children are cooperating with police and no charges have been reported filed against the shooter.

Domestic situations are one of the more common reasons for violent crime to occur. If you feel like things might get out of hand with a relative or ex-relative, having a plan in place for how to keep yourself safe is important.

Knowing how to fight inside your own home and use its strengths to your advantage and understanding its weaknesses can be essential for a positive outcome.

Read here for the Complete Home Defense – Tactics For Defending Your Castle, for the latest tactics and techniques for home defense.

Don’t keep domestic violence problems to yourself. Often, efforts to keep your issues to yourself because of embarrassment can lead to a lack of evidence against an attacker. Make police reports if you feel you are in danger and at the very least let family and friends know what is going on so they can be witnesses and offer assistance if things get out of hand.

Read here how one woman let her co-workers know about a threat from someone she had been in a relationship with.