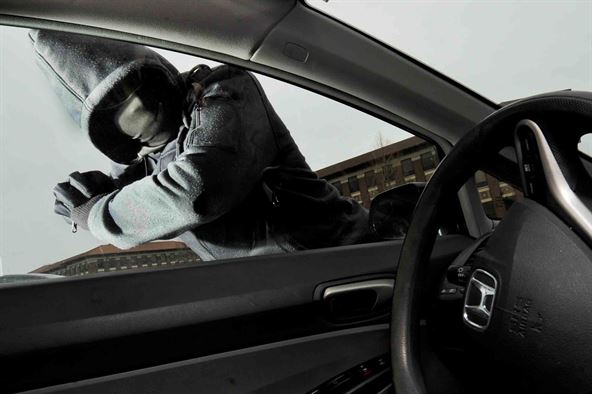 At around 10:30 a.m., callers told 911 dispatch operators a man was circling the Walmart parking lot in a red Chevy Impala while wearing a ski mask.

While enroute to the location, officers were told by dispatch they’d received reports that the suspicious person had struck a bystander with a car and was now attacking that victim with a baseball bat.

A legally armed civilian saw the brutal attack and drew their weapon, confronting the suspect, 21-year-old Levi Arnold. Arnold fled the scene in his car with one detective attempting to block him in. Arnold escaped the scene for a time and was found by Wells County law enforcement, but the officers were again unable to get Arnold to stop.

Eventually the suspect was arrested and charged with attempted murder.

Fox 55 reports that according to Sgt. Sofia Rosales-Scatena of the FTWPD, detectives have yet to find a motive for the attack as it appears the victim didn’t know Arnold, and it didn’t appear to be a hate crime. The only explanation Sgt. Rosales-Scatena had for the attack was that Arnold just snapped and attacked without reason.

The victim was transported to the hospital in stable condition with life-threatening injuries and last reports say they are still in critical condition.

When encountering a threat with a melee weapon like a bat or knife, try to keep an obstacle between you and the threat to help you maintain distance and time to deploy your pistol.

Anything you can maneuver around to keep the threat from getting to you is a good idea. Since this attack happened in a parking a lot, a car would work well to accomplish this.

Crime occurs around vehicles more often the almost anywhere else. Knowing how to fight in and around a car is important for anyone looking to improve their ability to defend themselves from an attacker.

Read here for the Vehicle Firearm Tactics Course – Online & DVD for the latest tactics and techniques for fighting around a car.

One Shot and One Arrested in Home Invasion Attempt
Man Defends Self From Paintball Attack, Thinking It Was A Real Gun