Join Our Newsletter
Shop Our Store
MAIN MENUMAIN MENU
By Matthew Maruster on March 9, 2022 in law

Indiana lawmakers passed HB1296. The bill removes the requirement that a person obtains a permit to carry a handgun in the state. Now Gov. Eric Holcomb must decide to sign or veto the bill. 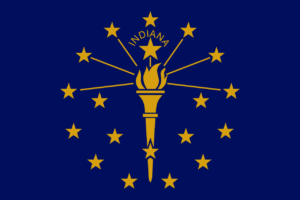 Under HB1296, anyone over 18 years old who can carry a gun legally would be able to do so without a permit. Additionally, the penalty for stealing a firearm would be more severe. A conviction would mean a prison term of 1-6 years and a fine of up to $10,000.

The Indiana Legislature voted 30-20 in the Senate and 68-30 in the House. Some weak Republican lawmakers in the state sided with Democrats and voted against the bill. Opponents framed the bill as anti-law enforcement because the head of the state police, Douglas Carter, is against it. The IndyStar reported the following:

There’s also widespread opposition to the bill among law enforcement due to safety reasons, because there would no longer be a database to show officers who is permitted to carry a firearm. Much of the discussion on the floor centered around whether lawmakers were “backing the blue” if they voted for the bill.

It’s preposterous to think the police are less safe if they don’t have a database of citizens who have permits. Obtaining a permit does not make a gun owner follow the law. A gun owner who obtained a permit ALREADY follows the law. These people will still follow the law even if they don’t get a license. And the person who would shoot a police officer would do it with or without a permit. 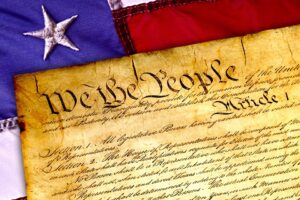 We the people support constitutional carry —

Senator Eric Koch stated a stubborn fact when presenting the bill. He said, “Not a single state that has passed it has repealed it; what does that tell you?”

Let Gov. Holcomb know you want him to sign the bill now.